Posted on July 2, 2015 by Diocese of Massachusetts | Leave a comment

We’re proud of and grateful for the leadership of our bishops and deputies here at the 2015 General Convention.

Of particular note, Massachusetts deputy Byron Rushing was re-elected earlier this week as vice president of the House of Deputies. 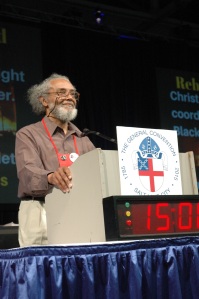 President Gay Clark Jennings noted that Rushing has served the house with distinction for 14 General Conventions and attended the 1970 convention as part of the youth presence. “We are so fortunate all of us in this house to have his wisdom and counsel, his great love, not only for Jesus but for the Episcopal Church. He has been the best to work with, thank you,” she said.  You can read more about the election here.

Congratulations also to Massachusetts deputies Mally Lloyd, elected to the Episcopal Church’s Executive Council, and Thomas Brown, elected as a trustee to the Church Pension Fund.

Yesterday was photo op day in the House of Deputies, when photographers are allowed a few minutes on the floor.  Here are the members of the Massachusetts deputation gathered to send home their greetings: 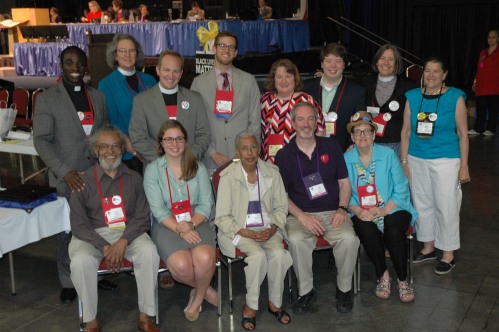 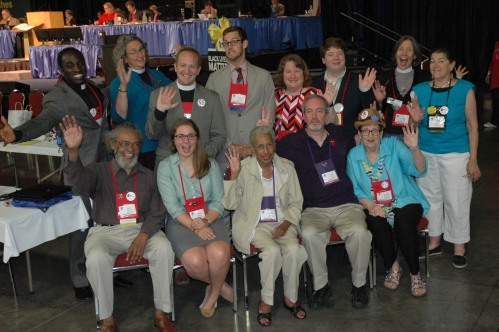 They are working hard, but having some fun, too.